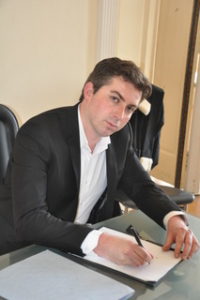 Oath of Attorney to the Bourges Appeal Court in 2008 (Central West Regional Centre for Training Lawyers 2006-2008).

Master in Business Law awarded by the Faculty of Law of Orleans in 2004.

Bachelor of Arts « European Business Law » awarded by the University of Dundee Great Britain in 2002.