“One of the most undervalued qualities of a man of action is ingenuity. The man who asserts himself in difficult situations is one who invents a solution, where the others reached a deadlock.” Jacques de Bourbon Bus

OUR SOLUTIONS TO CONFLICTS

The trial seems to be the natural recourse to litigation, yet it is established that the use of judges to rule on a case has major disadvantages (Costs /Very long durations/ uncertainty of the outcome). 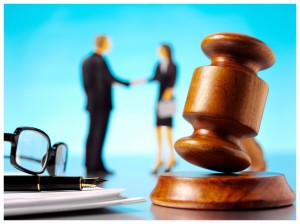 DELAGE-CRESPIN Avocats law firm pleads before all the courts when the trial is required but offers its business customers or individuals alternative solutions, increasingly being used by stakeholders of the legal and economic field.

The alternative dispute resolution methods (MARC) in most cases quickly find a satisfactory solution to all conflicts.

Maître Isabelle DELAGE is a lecturer of « Interest-based Negotiation » at the Barrister Training School of Paris Appeal Court.

There are four methods of conflict resolution that belong to this category of non-judicial means. These are:

The order of 16 November 2011 establishes a general framework for mediation. It defines it as “any structured process, regardless of the name by which two or more parties attempt to reach an agreement for the amicable settlement of their dispute with the assistance of a third party, the mediator, chosen by them or designated, with their agreement, by the judge hearing the case [we speak in this case of judicial mediation]. “Some common rules in all mediations are raised, including the possibility to make the judge approve the agreement to make it binding.

The decree of 20 January 2012 complements this provision by focusing only on methods of amicable settlement used outside of any legal proceedings. It thus creates a new book (Articles 1528 and following) in the Civil Procedure Code which specifies the rules applicable to:

Arbitration is an alternative method of dispute resolution by a court composed of one or more individuals who derive their power from the parties’ agreement.
Arbitration is a private and conventional court: